When complete the Birmingham Eastside extension will run from the existing Metro line at Bull Street to High Street Deritend in Digbeth, via the proposed HS2 Curzon Street Station.

Transport for West Midlands (TfWM), which is part of the WMCA, has put together a £227 million funding package to build the 1.7 kilometre line, purchase battery powered trams and carry out extra work to improve Digbeth High Street. 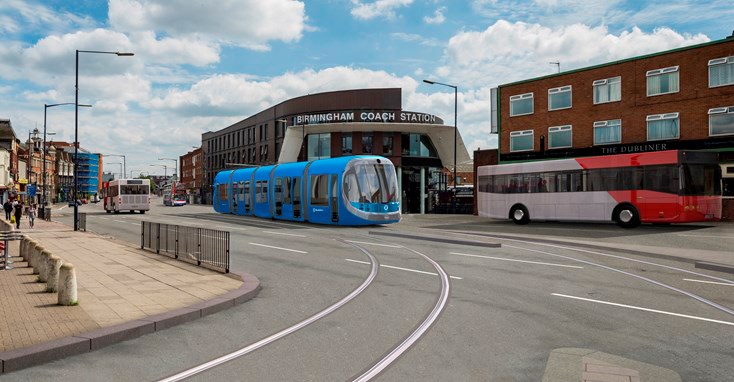 The funding has come from central Government, grants and the tram network itself through borrowing against future West Midlands Metro profit. Local taxpayers will not be called on to fund this.

The Department for Transport approved the Transport and Works Act order for the extension last month and can now be presented with the full business case for final approval.

Detailed analysis has shown that every £1 invested in the extension will generate £3 in economic value for the region through improved journey times, attracting more visitors to the area and supporting new commercial and housing development.

Expected to open by the end of 2025, the new tram line will also offer people a high quality and convenient alternative to the car when visiting Digbeth and the city centre.

Andy Street, the Mayor of the West Midlands, said: “I am delighted that we are finally in a position to press ahead with the Birmingham Eastside metro extension, pending approval of the WMCA board next week.

“We have ambitious plans for the Midland Metro right across the West Midlands and this is a key part of that, with work also underway on both the Birmingham Westside and Wednesbury to Brierley Hill extensions.

“The Eastside Extension will bring with it huge benefits, not least assisting the significant regeneration of Digbeth. On top of this, we expect it will help attract further investment into the West Midlands, create new jobs, and of course further improve transport links across the region.

“There is inevitably a frustration that the project is estimated to take nearly five years to complete due to the well-publicised HS2 delays, but I am confident that, if the Government gives the go-ahead to the high-speed rail project, we will be able to bring the timeline forward working in collaboration with both the DfT and HS2 Ltd.”

It will also pave the way for the proposed East Birmingham to Solihull extension to Birmingham Airport via Bordesley Green and Chelmsley Wood.

Cllr Ian Ward, the WMCA portfolio holder for transport and leader of Birmingham City Council said: “This extension will support the regeneration of Digbeth and Smithfield, attracting jobs and new housing to the area as well as offering a direct tram link between the new HS2 station and our existing Snow Hill and New Street stations.

“It also supports our plans to reduce car use and traffic congestion in Birmingham city centre and improve our air quality while offering high quality public transport alternatives.

“This is also just the start, in the longer term we are looking to extend the line further and serve deprived communities of east Birmingham with fast and reliable tram line to better connect people to jobs and leisure opportunities across the region.”

The new extension will feature four stops and 1.2 kilometres will be overhead cable free with trams running on battery power. 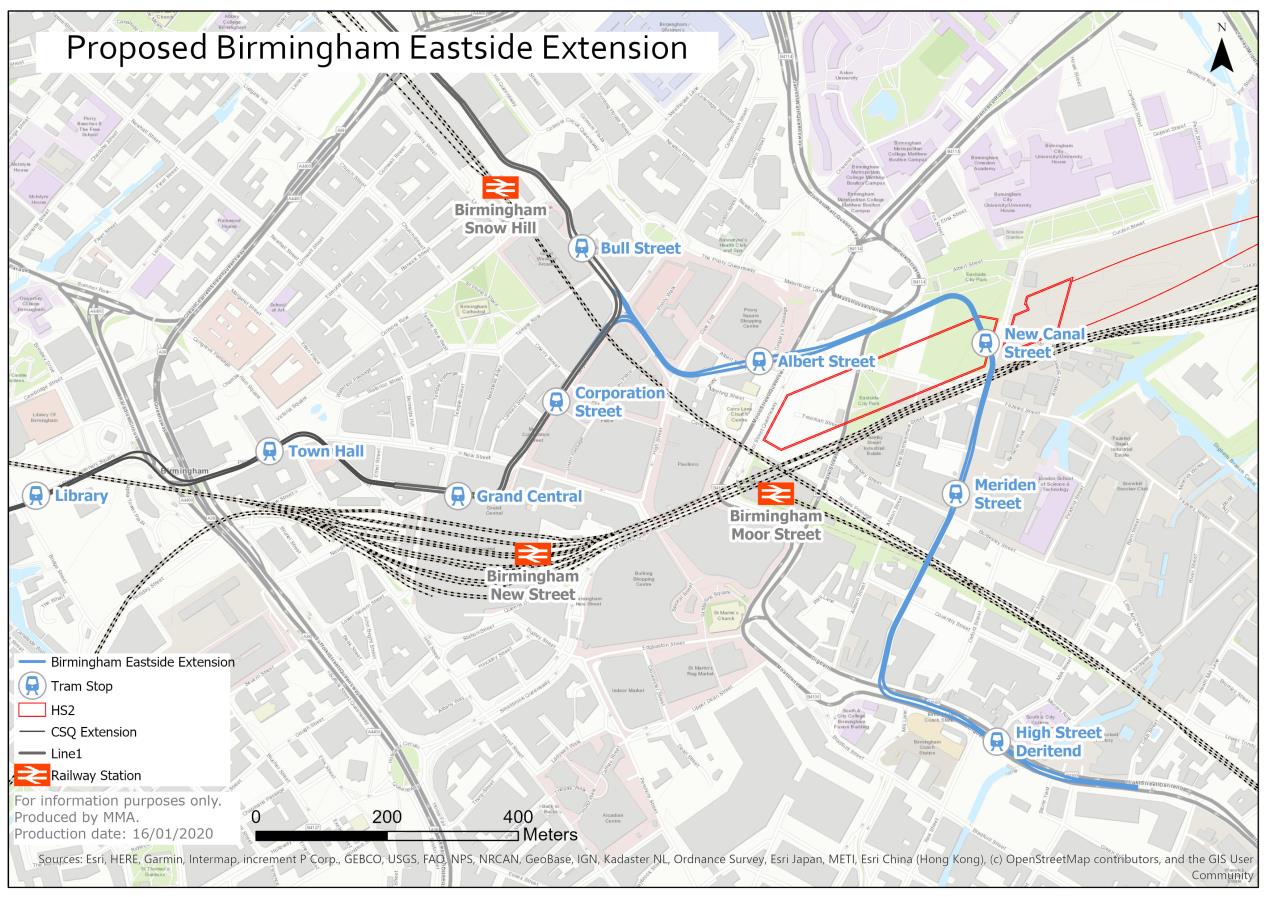 A phased construction of the line is set to begin later this year with the new ‘delta’ link to the existing line and is likely to involve temporary closure of the track between Bull Street and Library and diversion of some bus services.

This short closure is expected to take place in 2021 ahead of the opening of the extended Birmingham Westside route to Edgbaston which is currently being constructed along Broad Street.

When work begins in High Street Deritend next year, it will not only include the laying of tracks, but a much wider project to revamp this part of Digbeth – including attractive new paving, road surfacing, lampposts, planters and benches

This wider work is being funded by the Greater Birmingham and Solihull Local Enterprise Partnership (GBSLEP) and will be finished in time for the Birmingham 2022 Commonwealth Games.

Chris Loughran, deputy chair for delivery at GBSLEP said: “The Birmingham Eastside Metro Extension represents the next step in realising the ambition of both the city and wider region to provide a world-class, integrated transport system.

“GBSLEP is committed to supporting infrastructure that has a positive impact on residents, businesses and visitors in the region, and we’re looking forward to seeing the project continue to progress.”

The construction will end with the link at the HS2 Curzon Street site in 2025.  TfWM will continue to talk to HS2 with a view to bringing the construction schedule forward.

Eastside is just a part of a £1.5 billion expansion programme of the West Midlands Metro network, with five projects at various stages of development.

It became the first public tramway in the UK to operate with battery power vehicles when the Westside extension to Library opened in December.

Construction is also underway on the Wednesbury to Brierley Hill extension in the Black Country which is due to open to passengers in 2023, a further extended city centre route to Edgbaston scheduled for 2021 and a shorter extension in Wolverhampton linking bus, tram and rail.