More cycle lanes separated from roads and traffic would encourage 76% West Midlanders to cycle more according to the region’s new Bike Life report.

While 65% of those continued to support more cycle lanes even if it meant less road space for traffic.

The West Midlands Bike Life report, compiled by charity Sustrans, was launched at the HSBC UK Headquarters in Centenary Square in an event hosted by Mayor of the West Midlands Andy Street and Laura Shoaf, managing director of Transport for West Midlands with Matthew Easter, Sustrans Director for the Midlands and East.

It also found that just 6% of residents in the West Midlands from lower-income groups are cycling at least once a week - compared to 12% of higher earners.

And almost four out of ten (39%) of lower-income groups them don’t have access to a car. It’s raised concerns about the level of transport poverty in the area which could be preventing people from accessing everyday services, employment and training.

Although one in three (31%) residents in this group would like to start cycling, there is evidence that safety fears and a lack of confidence are holding them back. In this group, 43% of residents said they were concerned about safety and a quarter (24%) lacked confidence.

Transport bosses in the region have already committed almost £15 million in funding towards four major cycle routes as part of the region’s vision to get more people to take up cycling.

The cash will support projects in Birmingham, the Black Country, and Coventry and are designed to help reduce traffic congestion and pollution by offering safer alternatives to the car on key routes. 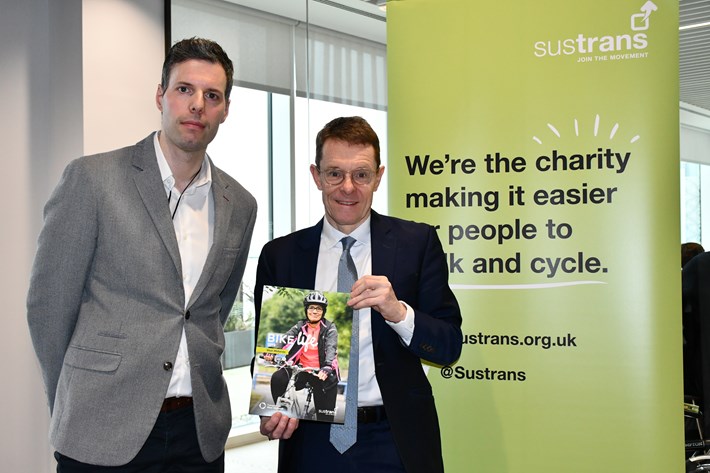 Mayor of the West Midlands, Andy Street said: “This Bike Life report shows the scale of the challenge ahead if we are to get more people from a diverse range of backgrounds cycling and walking in the West Midlands as part of our plans to reduce traffic congestion and improve the health of the region.

“It is clear that fears from cycling on our busy streets are a major barrier to cycling and we need to do more to improve safety.”

He added: “I am therefore encouraged that almost 80 % support investment in safe cycle lanes and routes. We have a long way to go to truly transform cycling in the region, but good progress is being made. Only last year Transport for West Midlands announced £23 million additional investment in cycling and walking and now we are getting to work delivering cycle routes and facilities across the Black Country, Birmingham and Coventry.”

Cllr Ian Ward, Birmingham City Council Leader and WMCA portfolio holder for transport said: “We are serious about cycling in the West Midlands, it is fun, good for our health and as an alternative to the car can ease traffic congestion and improve air quality.

“The Bike Life report sets out the scale of the challenge facing us but encouragingly shows that a majority of people support projects to get more people cycling and walking in safety. We are ambitious for cycling and in Birmingham are seeing more people using the cycle superhighways opened on the A38 and A34 last year. This has recently been followed up by our commitment to deliver a further 30 miles of safe cycle routes across the West Midlands area.”

The figures come from Bike Life, the UKs biggest assessment of cycling in 17 cities and urban areas across the UK and Ireland. The report, which is the first to cover the West Midlands, surveyed 1,554 people to find out about their cycling habits, satisfaction and the impact of cycling in the city.

Matt Easter, England director Midlands and East at Sustrans said: “It’s clear that cycling could help to reduce inequality in the West Midlands by tackling transport poverty. However, only if everyone feels safe and confident when they ride a bike.

“That means we need more off-road and on road physically protected cycle routes which can only be achieved through increased investment.

“Local, regional and national government must work together to deliver this investment and make the West Midlands a fairer, healthier and happier place to live.”