Members of the public are being invited to help shape the look of three new suburban railway stations in south Birmingham.

People can have their say at a series of exhibitions showcasing the initial designs for the planned stations at Moseley, Kings Heath and Hazelwell or by taking part in an on-line survey.

The exhibitions are the latest step in moves to reopen the Camp Hill Line to passenger services for the first time since the Second World War.

WMRE is a consortium of  the WMCA and 16 local councils, which is responsible for leading the transformation of rail in the West Midlands.

Feedback from local residents and commuters will help shape the final designs before they are submitted to Birmingham City Council for planning permission.

It is expected that construction work could start in 2020, with a view to getting the three stations open by the end of 2021. This would be in time for the 2022 Commonwealth Games.

Mayor of the West Midlands Andy Street said: “These are important commuter suburbs for the city yet they have no rail services.

“That’s causing extra road congestion which threatens to stifle these otherwise thriving suburbs. It’s why the reopening of the Camp Hill Line is so important for these local communities.

“The exhibitions and online survey will give people the chance to help make sure the new stations feel a true part of their community and I would urge people to have their say.”

The initial service from the stations is expected to be two trains an hour into central Birmingham, with journey times of around 15 minutes.

WMRE, TfWM, local train operator West Midlands Railway and Network Rail are all working together on the track, signalling and service changes required. 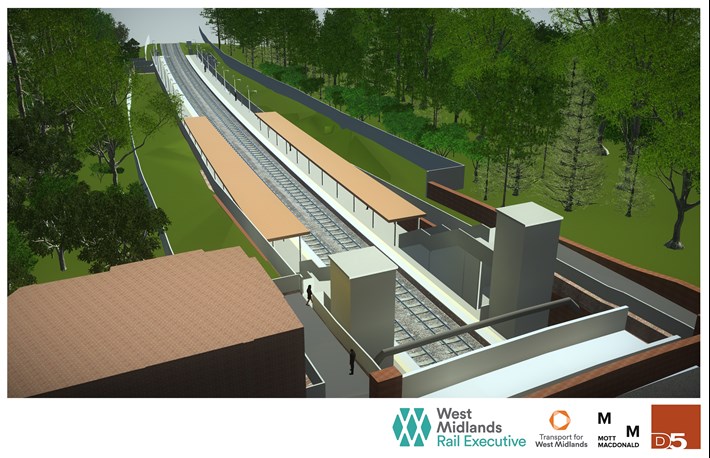 Cllr Waseem Zaffar, Birmingham City Council’s cabinet member for transport and environment, said: “The public space around these new stations provides an ideal opportunity to create an attractive and distinctive design that creates a unique gateway that also reflects the identity of the local community.

“We want to hear the views of local people about how best to achieve this.

“This is a landmark project for these suburbs and the reopening of the Camp Hill Line will give people an attractive alternative to going by car or bus, helping to cut congestion, especially on the congested A435 Alcester Road.”

The Camp Hill Line development is part of a much wider package of investment in transport underway in the West Midlands.

Cllr Roger Lawrence, the Chair of West Midlands Rail Executive and WMCA portfolio holder for transport said: “The Camp Hill line is not the only line we are planning to re-open.

“Work is progressing on introducing new passenger services on the Wolverhampton to Walsall line with new stations at Willenhall and Darlaston.

“The investment by the WMCA and others in our region’s bus, rail, cycling and trams will make help manage congestion, improve air quality and support economic growth.”

The public can view and comment on the proposals online until 14 December at www.tfwm.org.uk/stations or in person at one of the following drop-in sessions: