Bus operator National Express West Midlands is testing its first fully-electric bus on the streets of Birmingham, Solihull and Coventry in a move welcomed by Transport for West Midlands (TfWM).

It is a major step on the way to achieving TfWM's long-term ambition for a zero-emission transport service as set out in the Strategic Vision for Bus policy. Electric buses are a crucial part of efforts to improve air quality across the West Midlands.

The company plans to have fully electric buses operating regularly in the West Midlands within 18 months. 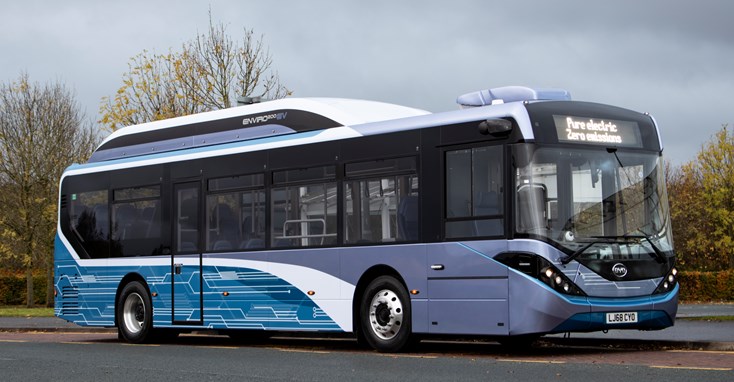 TfWM, part of the West Midlands Combined Authority (WMCA), has been working with bus companies as they bid to reduce harmful emissions.

Cllr Roger Lawrence, WMCA portfolio holder for transport and leader of the City of Wolverhampton Council, said: “Pollution and poor air quality is a public health emergency for the region and both the WMCA and its member authorities are taking a range of actions to clean up the air we all breathe.

“Cars, buses and lorries are the main cause of our poor air quality. So it is great to see National Express West Midlands bringing electric buses to our streets. We also welcome their pledge to introduce more in the near future.”

Scottish manufacturer Alexander Dennis Ltd is lending the National Express West Midlands one of their new electric Enviro200Ev for a week to test it on the streets of Birmingham, Solihull and Coventry.

Bernie Cassidy, Engineering Director at National Express West Midlands, said: “We believe that electric buses are the future. We’re working closely with central government, local councils and Transport for West Midlands through the Bus Alliance to make this a reality.

“Within 18 months, National Express plans to have electric buses operating regularly in Solihull, Birmingham and Coventry.

“However, although electric cars have been around for a while, this technology is relatively new in buses, and it’s very different from the vehicles we already have.

“So my team was really keen to get their hands on this demonstration model electric bus. We’ll be putting it through its paces so we can see what it’s like to drive and maintain.”

The ADL Enviro200Ev does not have one central “engine”. Electricity from a 307kw battery drives each back wheel separately using 90kw hub motors.

The bus can do 160 miles on one AC charge. The lithium-ion iron phosphate battery sits on the roof of the bus and can be fully charged up in under four hours.

Customers will notice a smoother drive, as well as the bus making no engine noise. And of course they can ride easy knowing they are making no emissions at all.